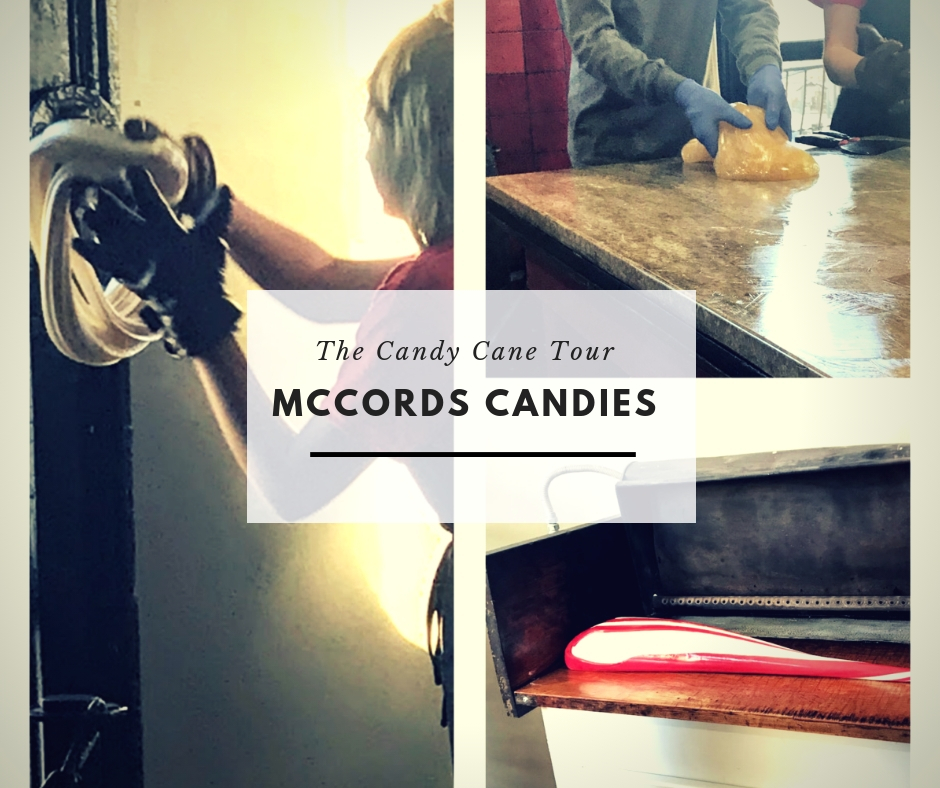 Have you ever wondered how candy canes are made? Today, most of them are made in a factory, but that’s not the original method. While killing time during warm-ups at a swim meet last weekend, I spent a fun half an hour on a candy cane tour at McCord Candies in Lafayette, Indiana. Not only did I get to enjoy learning how candy canes were made and the meaning of the candy cane, but I also got to create my own. 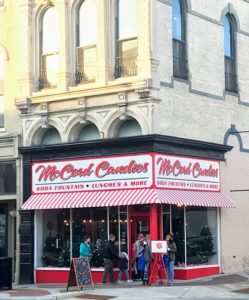 McCord Candies has been a Lafayette staple since 1912. They have been making their iconic candy canes using the same method since they opened. That’s 106 years! McCord Candies is also one of only a few stores left that make all their candy canes by hand – which is not only delicious but creates a candy cane that is 100% candy – the red stripes aren’t painted on like a machine made candy cane is, they are also part of the cane.

The tour starts upstairs a good three stories above the retail shop. Tickets are a bargain price of $4 and the tour takes about a half an hour, but plan ahead as tours sell out quickly. I actually tried to go twice before I got on a tour so that my daughter could tag along but both days were sold out. I finally scored a coveted spot by purchasing a ticket several hours early and coming back just before the tour was scheduled to begin.

The workshop is on the top floor of the historic building and much of the equipment is original. The owner of McCord took us through the process of making the candy canes step by step. Before we arrived, a copper pot had been heating the sugar and water until it reached the proper consistency. We watched as the “secret ingredient” (peppermint) was added and then the liquid was poured out onto a greased table. 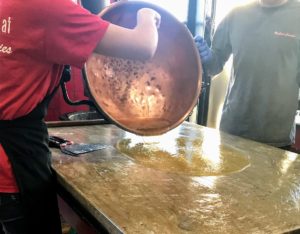 Once on the table, the liquid was folded and worked until it began to become a product that could be handled (wearing heatproof gloves as it was still very hot). It was interesting that as the candy was worked, it also lightened and would eventually turn white. One-third of the candy was removed from the batch and dyed red. One employee continued to work that portion while the other employee took the remaining candy and stretched it using a hook on the wall – the process was very similar to pulling taffy.

After the candy was a perfect consistency, it was moved to a long wooden table and put back together to create the candy cane pattern. McCord Candies uses the traditional pattern of one large red stripe with three smaller stripes. We were told that the reason they did that was to honor one of the explanations of the candy cane – the three smaller stripes for God, the Son, and the Holy Ghost and the large stripe for the Three in one.

Once the pattern was formed, the candy was stretched and then cut into the perfect lengths for candy canes. The wood table actually had indentations on it to help the employee know where to cut. To create the hook, a simple bottle cap was used. Pretty ingenious. 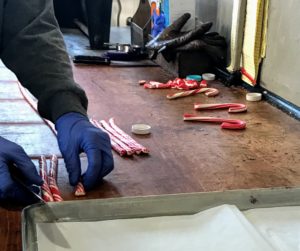 We were all given a length of candy cane and encouraged to form our own version. I saw kids creating letters, shapes and of course the traditional versions.

After the tour, I browsed the store and picked up a few more candy goodies to fill our stockings. The retail section also serves a lunch menu and sodas served from the original soda machine. Pretty cool.

If you visit Purdue University or Lafayette, Indiana during the holiday season, definitely check out the candy cane tour at McCord Candies. It’s an enchanting change of pace from your normal candy store visit and a fun everyday adventure.

Do you like visiting candy stores? We almost always check them out when traveling, and often do chocolate tours, but this was my first candy cane tour and it was a winner!

If you are looking for a great place to eat while visiting Lafayette, check out my 5 favorite places!

Don’t forget to Pin this post for the next time you travel to Indiana: 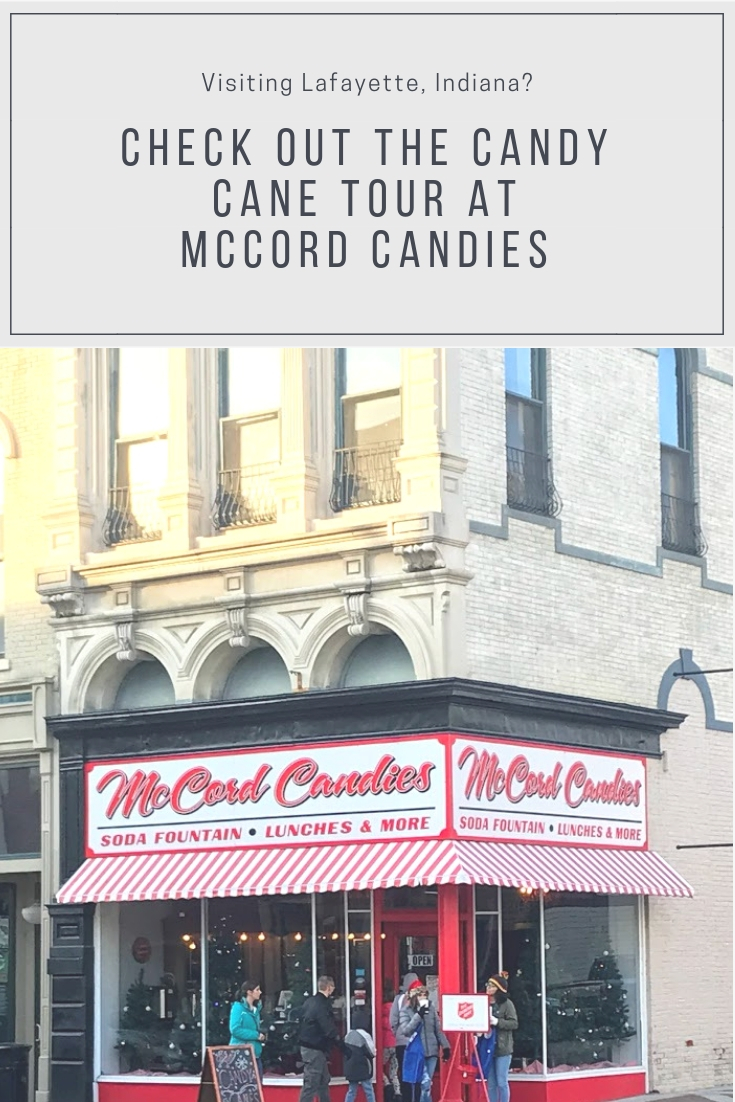 *I was not compensated for this post in any way, all opinions and pictures are my own.* 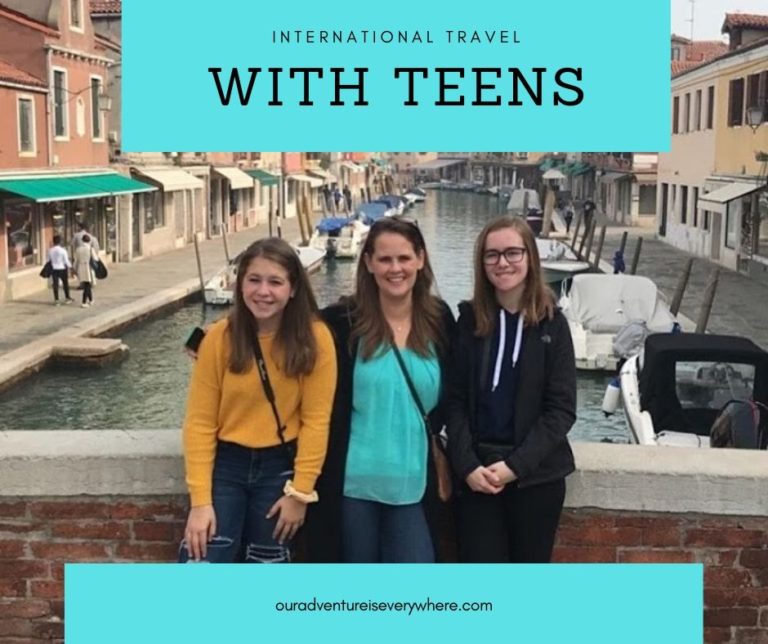 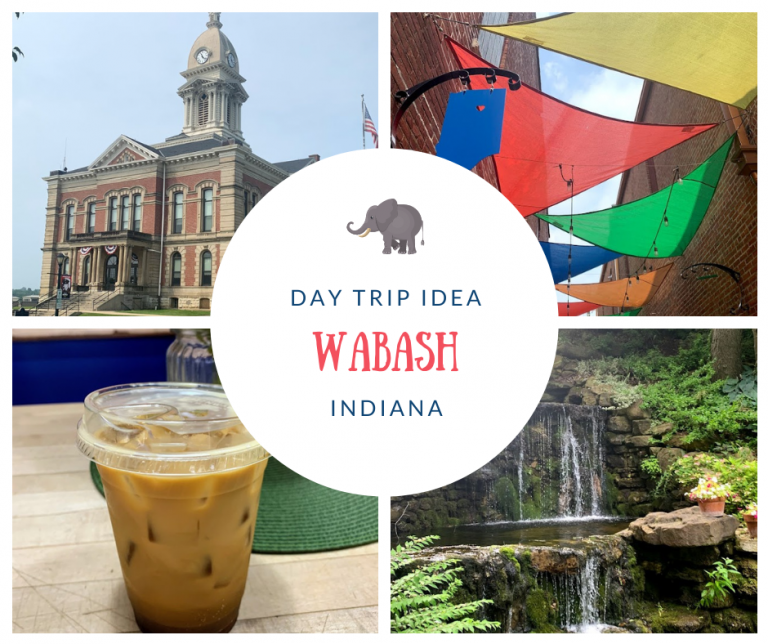 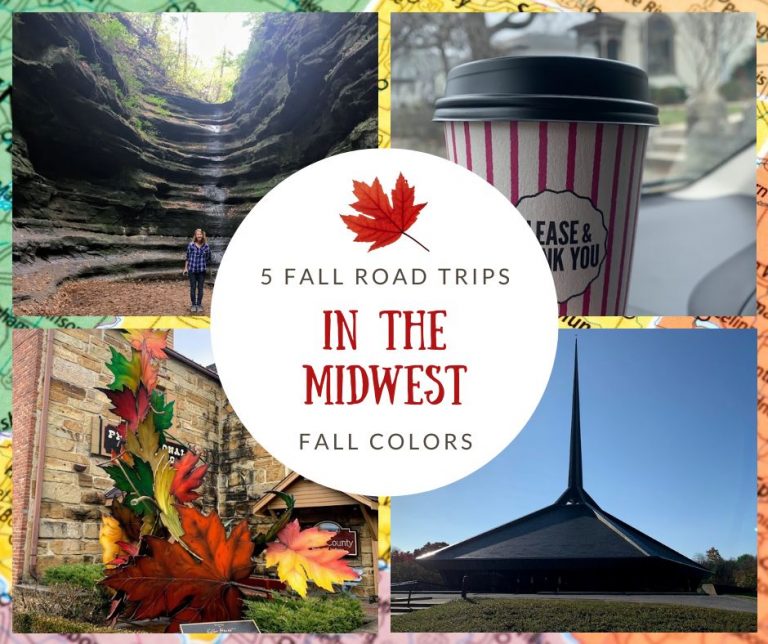 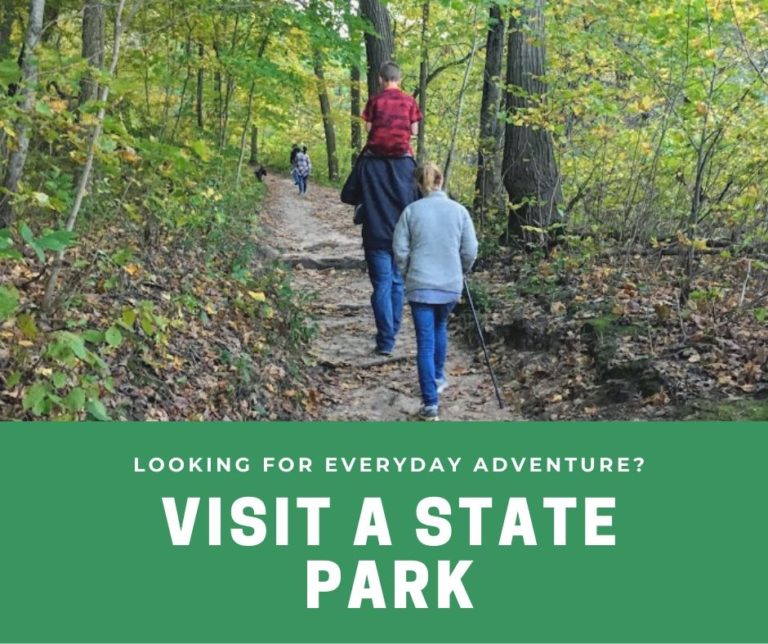 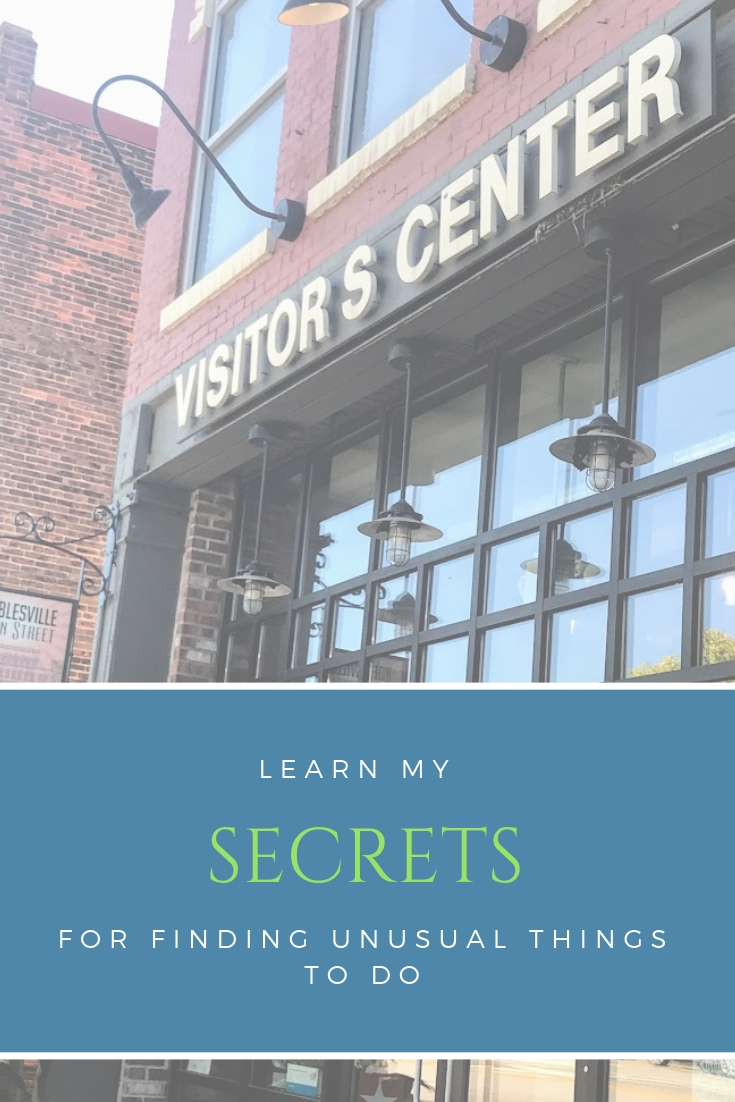 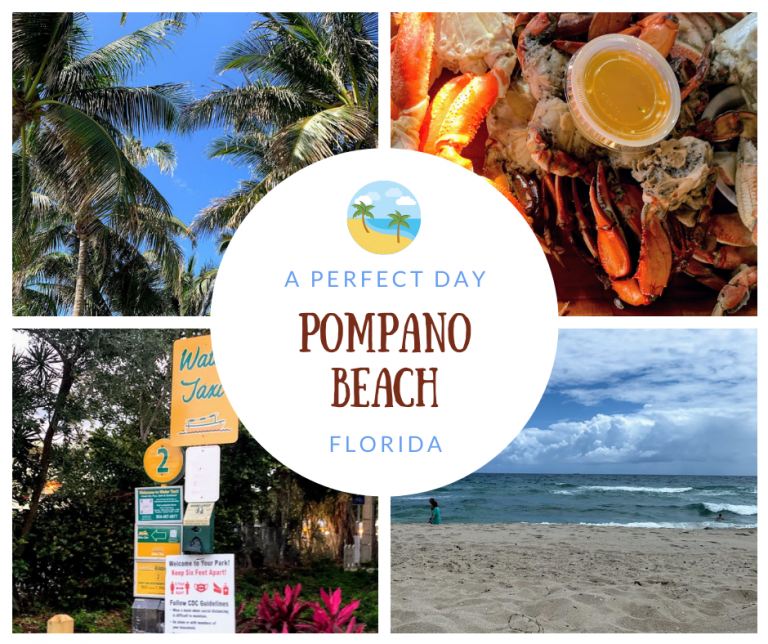