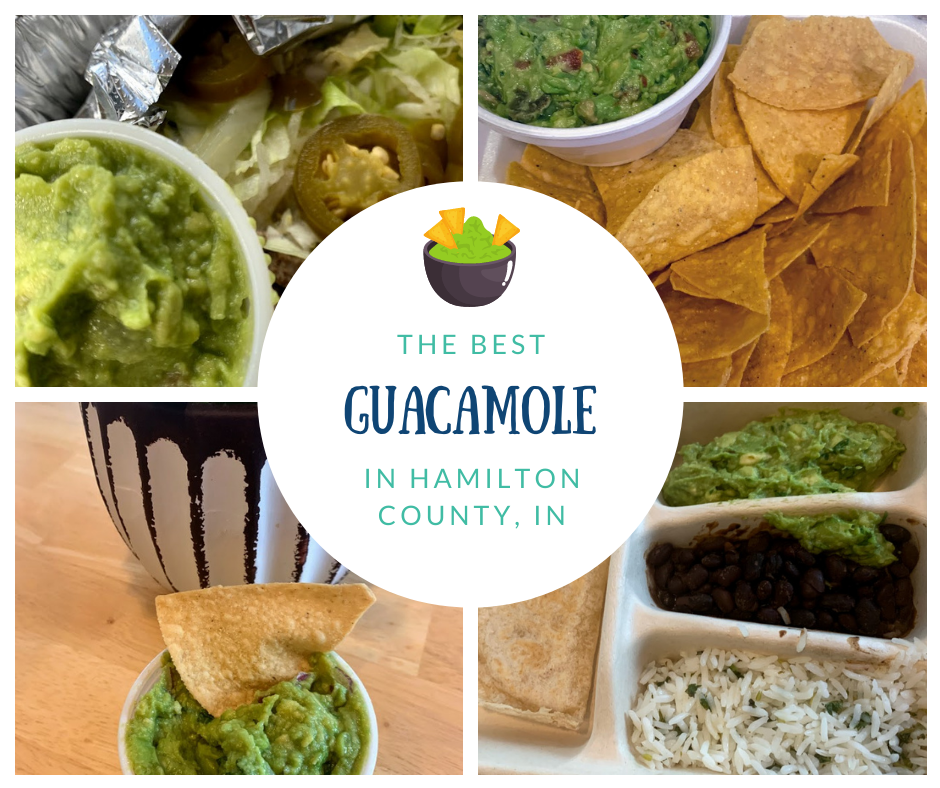 Since I’ll be celebrating #guacamoleday this week, I thought it fitting to discover the BEST guacamole in town. This endeavor took a lot of tasty effort on my part, but I muddled through.

Originally, I was planning on finding the overall best guacamole near me, but I quickly realized that although a worthy goal, it would take me much longer than two weeks to accomplish. So that’s for next year – I’m already on the search for the best Mexican restaurant near me (so I have a go-to place), and delicious guacamole will be a huge part of that decision.

In order to narrow down my search, I tested the guacamole from all of the counter service Mexican joints within a 15-mile radius that I was aware of. It was still a daunting task, but since many of them are national chains, I hope you’ll benefit from my research.

Related post: What goes with guacamole? Margaritas of course! Here is my favorite version of a fresh fruit margarita!

The best guacamole from a national chain

Typically I love Moe’s for fast Mexican food. I love the salsa bar, I love the freestyle coke machine and I love that I can load up my tacos with plenty of tasty toppings. However, this visit fell a bit short. Luckily for this research, I’m focusing just on the guacamole, and that was fine. It wasn’t amazing, but it did taste fresh and had a nice lime accent. I felt it was a little pricey at $1.49 for a very small cup, but it’s guacamole I’d definitely order again. Hopefully, this location will get their act together so I can head back over soon.

Qdoba was always my go-to for breakfast burritos. Sadly, our location isn’t serving them right now. I’m hoping they come back at some point! I do really like their guac though. In fact, it was my husband’s favorite out of the ones he tried. I am also a huge fan of their rewards program – the rewards add up very quickly. I have so many that I was able to order my guac and chips via the app with no out-of-pocket cost – definite win!

My airport go-to spot is always Chipotle. I love their quesadilla kids meal – it’s a terrific bargain, and plenty of food to fill me up. Their guac is almost always spot on, but its downfall is that it’s quite pricey for a counter service chain restaurant (unless you get the kid’s meal as I do). That being said, I’ll continue to hit it up in airports because I know the food is healthier than many other options and it’s always delicious.

This is a smaller chain, but if you are lucky enough to have a Tijuana Flats in your area, it’s ALWAYS a winner in my book. Plus, as a bonus, it’s one of the few counter services spots that sell Margaritas. Yay! It’s super easy to order ahead through the app, and I always get the Tijuana Trio. The guacamole is included as part of the trio and it tastes fresh, not too much lime, and just a hint of spice. I like spicy so I often add a side of fresh jalapenos or some of their fun hot sauces to liven it up.

Their app is also fabulous. Download it and sign up for their rewards program and you’ll get frequent offers for terrific deals – between the deals on the app and filling out the receipt for a free taco, we save a ton of money at Tijuana Flats! Of the chains, this is my top pick!

Insider tip: Use my code and become a Flathead! Copy my code Pa36Ho4236 then tap https://engagement.punchh.com/b/tijuanaflats on your phone to earn a free Tijuana Trio at Tijuana Flats!

The best guacamole from a local restaurant

Please remember that these are counter-service restaurants – I’m excluding a LOT of really amazing spots because they aren’t quick-casual establishments.

To switch things up, at Samanos’s instead of a taco, I picked up an order of nachos here with the guac on top. I probably should have stuck with tacos as I typically love this place, but the nachos were just eh.

However, the guacamole was quite tasty. It had a bit of a lime flavor and was pretty mild, so would be great for kids. I added a bit of hot sauce and it was perfect for me. I could tell that it was freshly made as the avocado flavor really came through.

By far the best food (and probably value) was had at this local spot, Burrito’s & Beer. I ordered one taco and a side of guacamole and spent less than 5 bucks. And the taco was HUGE! The guacamole was good too. It had the typical lime flavor and was quite smooth so had been mixed well. I wasn’t as wowed by it as I was by the taco, but still a solid choice.

New to the area, I was pretty excited to try L&M Taqueria. I ordered a taco which was well priced, but a side of guac was technically the whole appetizer. It was a large serving, but also way more than I needed. Luckily, the guacamole was really good. There was a nice mix of flavors, a bit of tomato and although I could taste the lime it wasn’t overpowering. Of the three local spots, it was my favorite guacamole by far.

And the winner of the best guacamole is …

It’s a chain, but Tijuana Flats was the best guacamole near me!

This was quite a fun challenge for someone who loves guacamole and Mexican food as much as I do. Even after trying all these spots, I wasn’t tired of it at all. When you aren’t traveling, a challenge like this is a fun way to add some easy excitement into your daily life. If guacamole isn’t your thing, how about discovering the best coffee shop or donut shop in town?

Really, anything you love could become a fun little challenge, so my challenge to YOU is to create a similar project this winter and give it a go. You don’t have to complete it as quickly as I did. Try one new place every week or so. My best advice – make it a family affair AND take copious notes. You think you won’t forget, but you will!

Have fun and let me know in the comments if you’ve ever done a challenge like this or if you plan on creating one for the rest of 2021!

Related post: The BEST guacamole. If I’m being honest, for the price, I actually like my version of guacamole the best – that could change as I start hitting the fancier Mexican restaurants around me, but for now, give it a try. It’s delicious! 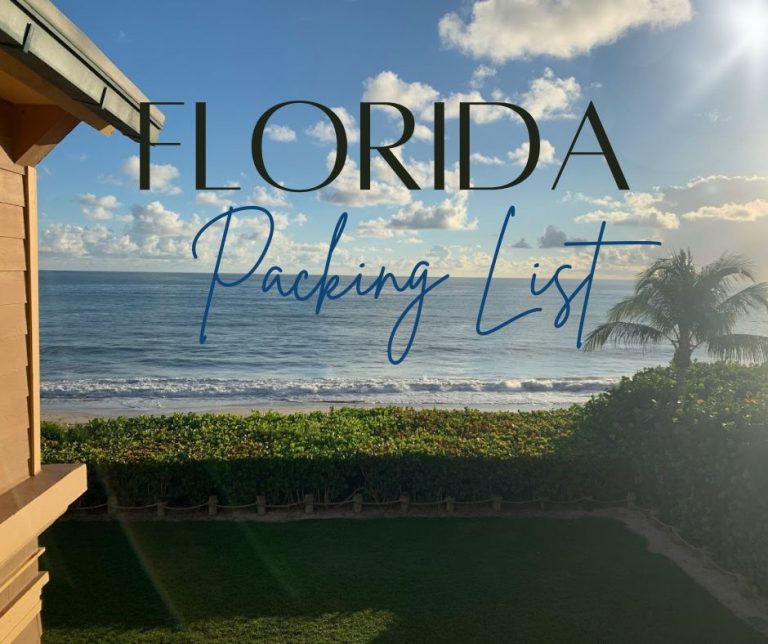 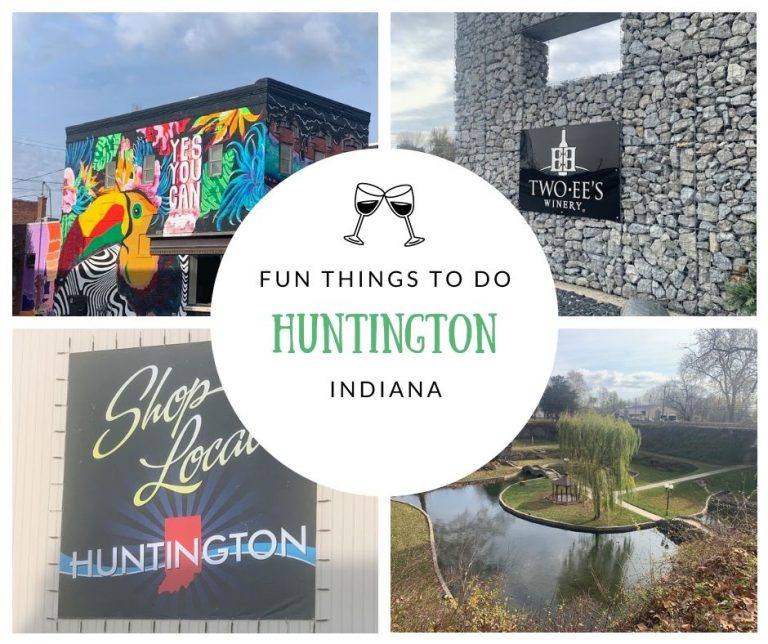 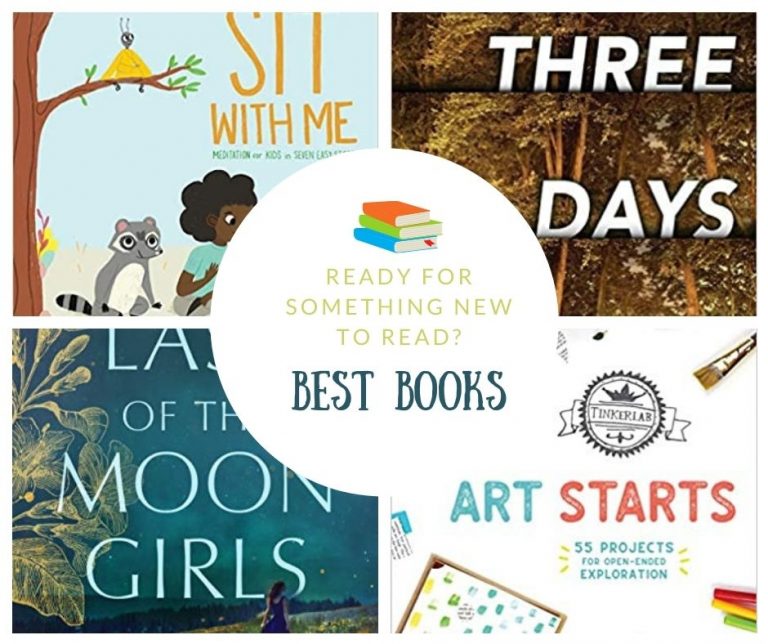 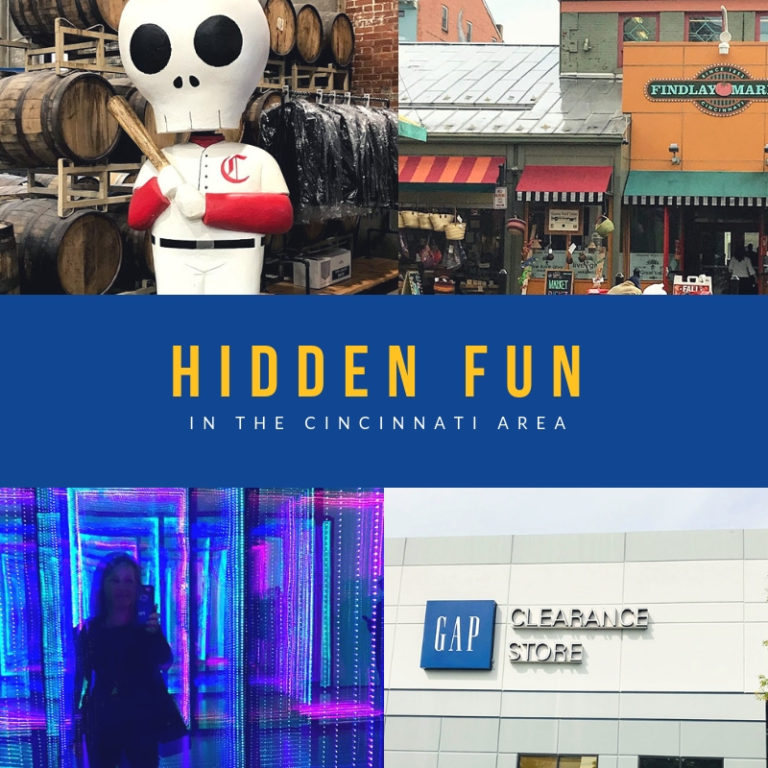 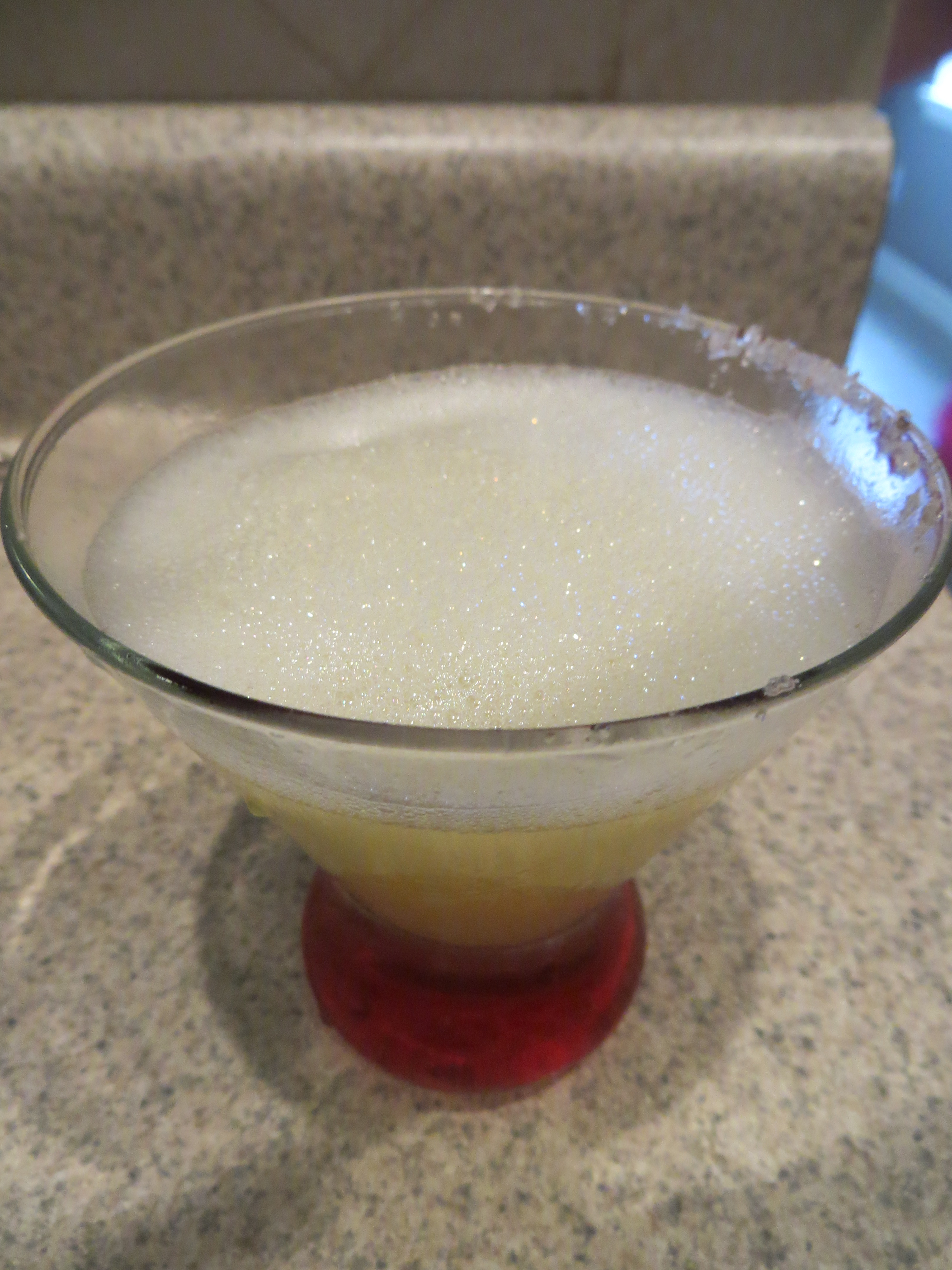 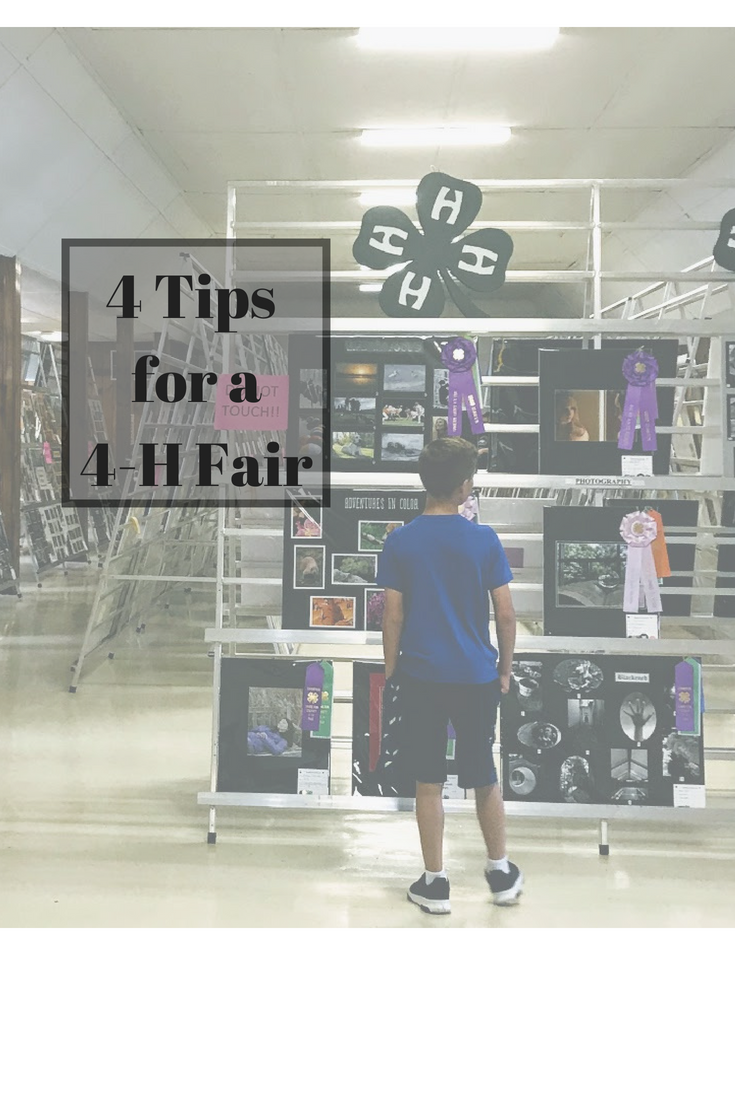